Retirement planning is far more than a bulleted item in a list of fiduciary services. It’s a highly specialized area of financial expertise—one we’ve practiced with passion since 1945, right here in Western Massachusetts. Meet the specialists whose knowledge, experience, and client-focused commitment have made Pension & Benefits Associates the region’s premier independent resource of its kind.

Mark earned a bachelor's of business administration degree in finance from the University of Massachusetts-Amherst in 1978 and completed postgraduate work at UCLA. He went on to pursue a sales management career at UNUM, supporting and supervising sales staff in California, Massachusetts, and Washington, DC. from 1978- 1994. In 1994, Mark became vice pesident of sales at Aetna Health Plans in the Group Insurance Division.

In 1996, Mark purchased an interest in Pension & Benefits Associates, Inc., before purchasing all the company's remaining shares in 2000.

Mark resides in Longmeadow, Massachusetts, with his wife, Heidi, where he raised three children who are now adults: Dr. Meghan Shea, Kerry McArthur, and Michael, who works with him at the firm. 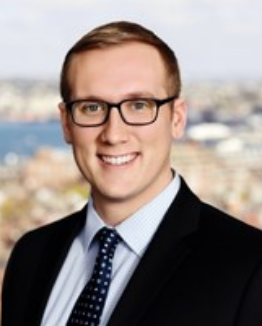 Michael earned a bachelor of business administration in finance from the University of Massachusetts-Amherst Isenberg School of Management in 2010. Michael joined Pension & Benefits Associates, Inc., in 2018 after several years of working for some of the largest retirement service providers and asset managers in the industry. He has had the honor of working for Empower in Denver, helping clients move their 401(k) plans; then joined the sales world selling investment solutions to retirement plans for Columbia Threadneedle Investments; and most recently for BlackRock. He currently holds FINRA Series 6,7, 63, and 65 securities registrations through Commonwealth Financial Network® and the Accredited Investment Fiduciary® (AIF®) designation. Michael will call on all his previous experience to help clients solve financial problems, plan for their future, and plan and meet their financial goals.

Michael resides in Longmeadow, Massachusetts, with his wife, Marissa, and their dog Nugget. He is an avid Boston sports fan, an outdoor enthusiast, and self-proclaimed retirement geek. 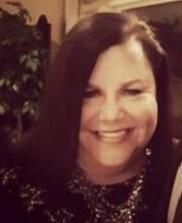 Joining Pension & Benefits Associates, Inc., in January 2020, Kelley brings more than 30 years in management and organizational experience. She spent her past 30 years as a brand and events manager at LENOX®/American Saw & Mfg. Co.

Kelley resides in East Longmeadow, Massachusetts, with her husband, Ron, and their two children: Matthew and Rebecca. In her spare time, she can be found on the sidelines of her kids' football, soccer, track, basketball, and lacrosse games; spending time at the beach; and, of course, rooting for the New England Patriots.